SORRY! REGISTRATION HAS BEEN CLOSED. BUT, EVERYONE IS WELCOME TO OUR (FREE) LIVE VIEWING PARTY ON THE VRIJTHOF SQUARE (SEE SIDE EVENTS)

The Maastricht Debate 2019 will take place on April 29 evening with the lead candidates of the European political parties for the role of European Commission President. The 90-minute event will be broadcast live across the European Union.

It’s been five years since the last Maastricht Debate, where current European Commission President Juncker defended his vision for Europe and outlined what he would do if elected.

This year, the Maastricht Debate 2019 is being jointly organized by three partners from Maastricht: Working on Europe – Maastricht University, the City of Maastricht and the Province of Limburg – as well as the European Youth Forum and the European Journalism Centre.

Similarly to the 2014 edition, the debate will focus on the concerns of students and young people across Europe, many of whom will be voting for the first time.

On this occasion, the organizers have invited POLITICO, the leading European publication for EU influencers, to ensure an extensive reach to the widest possible audience. 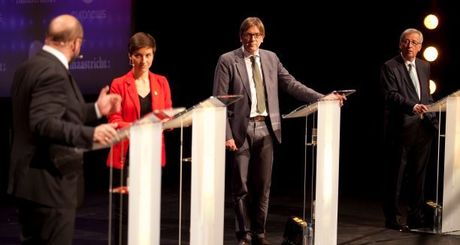 The organisers have invited all the European political parties who have formally designated or intend to designate a candidate for the post of President of the European Commission to take part in the debate. The sole condition for a candidate to participate is that she or he accepts to speak in English. 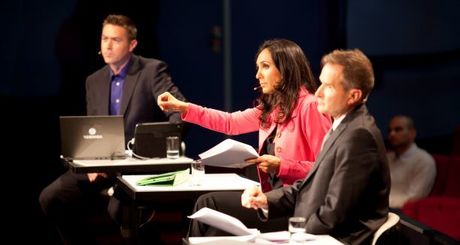 Moderators of the debate are Prof. Dr. Rianne Letschert, Rector Magnificus of Maastricht University, and Ryan Heath, political editor at POLITICO. The moderators will be asking questions to the Spitzenkandidaten along three main themes: Digital Europe, Future of Europe, and key issues voiced by young people in Europe. 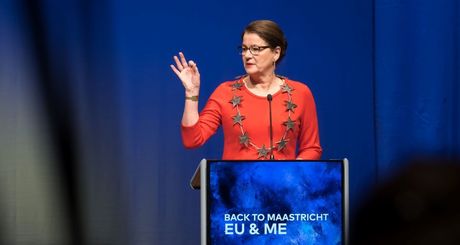 The Maastricht Debate 2019 is being jointly organised by the three partners of Maastricht, Working on Europe – Maastricht University, the City of Maastricht and the Province of Limburg - as well as the European Youth Forum and the European Journalism Centre. The partners work with POLITICO in order to reach a wide audience.

The livestream is available here.

Leading up to the debate, we are carrying out a survey with the aim to get a sense of the issues students and young people view as being particularly pressing. The results of the survey will influence the formulation of some of the questions the Spitzenkandidaten will be asked during the debate. The survey is available at the following website and can be widely circulated:

Themes of the Debate

The Future of Europe

Click here for more detailed information about the themes.