The organisers have invited all the European political parties who have formally designated or intend to designate a candidate for the post of President of the European Commission to take part in the debate. The sole condition for a candidate to participate is that she or he accepts to speak in English.

The following Spitzenkandidaten have confirmed taking part in The Maastricht Debate 2019: 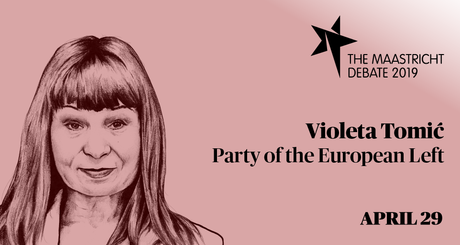 I am one of the two “spitzenkandidaten” (top candidates) of the Party of the European Left at this year's European elections. I graduated from the Academy of Theatre, Radio, Film and Television in 1985 and started working as an actress in Ljubljana City Theatre in 1987.

From 2002 to 2014 I was a self-employed professional in (the field of) culture. I have collaborated with all institutional and independent theatres in Slovenia; and have received a number of professional awards. In 2014, I have been elected into Slovenian parliament and I have worked as an MP ever since.

I stand for a radical reform of Europe. European Union must become a social union, not just an institution that imposes fiscal rules on its member countries and dictates the laws of supply and demand. If it wants to survive, it must become a guarantee of social security and justice in all member states. The realization of such future demands a distribution of wealth from the richest to the poorest, and an introduction of minimal social and workers’ rights standards, pension and disability security, and social transfers. This is why the Party of the European Left claims this: Europe will be social – or it will fail. For a Europe of people, not the profits! 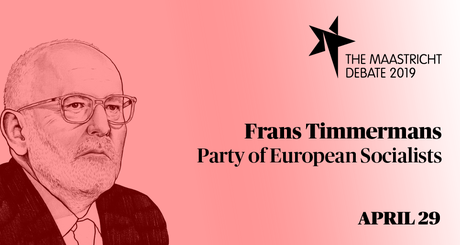 Frans Timmermans was elected six times as a Member of the Dutch Parliament for the Dutch Labour Party, and served as Minister for Foreign Affairs of the Netherlands from 2012 to 2014 and Minister of European Affairs from 2007 to 2010. In November 2014 he became the First Vice-President of the European Commission. He is recognised across Europe for his work to defend the rule of law.

In the European Commission, Frans has led the EU’s work on sustainability and been responsible for the adoption of an ambitious Circular Economy Strategy and the world's first comprehensive Plastics Strategy. The legislation he proposed to tackle single use plastics has recently been adopted to wide acclaim.

Frans believes strongly in gender equality and social justice. He proposed the recently-adopted legislation to improve family leave for fathers, mothers and carers in the EU, to support gender equality in the workplace and in family life. He has advocated strongly to eliminate the gender pay gap, to increase the number of women in professional and political leadership positions, and to eliminate violence against women. He is an active anti- discrimination champion, fighting against extremism and racism in all its forms.

Frans has also overseen the Commission’s efforts to increase citizen participation and transparency in EU policy-making, to ensure the public are involved and all policies are evidence-based.

Eickhout studied Chemistry and Environmental Science at the Radboud University in Nijmegen and lives in Utrecht. Since 2000 he worked as a researcher at the Netherlands Environmental Assessment Agency (Planbureau voor de Leefomgeving). He worked on several projects which had to do with international environmental problems, such as climate change, agriculture, land-use and biofuels. He co-authored the IPCC report on climate change which received the 2007 Nobel Peace Price. 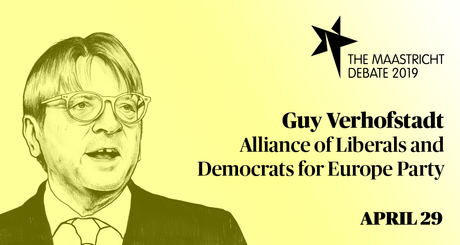 A former Prime Minister of Belgium for almost 10 years and now leader of the ALDE Group in the European Parliament, Guy Verhofstadt is well-known as the pro-European champion, and a proud Member of ALDE’s Team Europe. His political focus? Progress and freedom!

As Brexit coordinator for the European Parliament, Guy made citizens' rights rise to the top of the political agenda and proved himself a staunch defender of Europe's four freedoms. But he is also convinced Europe should use Brexit to renew and reinvent itself. By completing the single market for example and even more so: by strengthening the liberal values the Union was founded on. His main goal is to make the European Union fit for the 21st century! Faster decision making and more focus on the essential tasks of the Union! 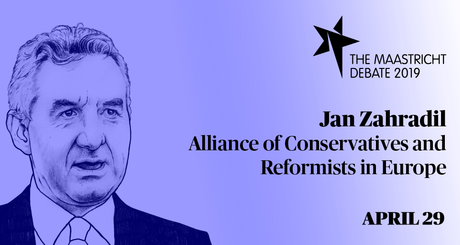 Jan Zahradil was born in Prague on March 20, 1963. He graduated from the University of Chemistry and Technology, specializing in water and environmental technologies. Following graduation, he performed research in water management.

In 1992 he was elected to the Federal Parliament of Czechoslovakia, representing the Civic Democratic Party (ODS), of which he was a founding member. After the split of Czechoslovakia, he became foreign and political affairs adviser to the PM of the Czech Republic. At the Office of the Government, he headed the European Integration Department.

In 1998, Zahradil became a Member of the Parliament of the Czech Republic, where he served as the co-chairman of the Joint Parliamentary EU – Czech Republic Committee, which supervised the Czech accession to the EU. Due to his specialization, he represented the Czech Republic in the 2002 Convention on the Future of the European Union. Later, he was appointed as the PM’s sherpa for the Lisbon Treaty negotiations, in which he played an integral role.

Zahradil was subsequently elected to the EP in 2004 as the leader of the ODS list and was re-elected twice. He is the founding member of the European Conservatives and Reformists Group (ECR), which he led in 2011 as the first Czech to ever lead a political group at the European Parliament. The Group has since become the third largest group in the Parliament. Since 2009, he is also the President of the Alliance of Conservatives and Reformists in Europe (ACRE), the fastest growing political movement in Europe.

In the EP, Zahradil specializes in international trade issues, serving as the INTA Committee Vice-Chairman. Moreover, he was appointed as the standing rapporteur for the EU-Vietnam Free Trade Agreement. He is also active in promoting EU – Asia relations, founding and chairing the EU-Vietnam Parliamentary Friendship Group, in addition to traveling extensively throughout Asia to build new partnerships.

Since a young age Zahradil has been a great fan of rock music, occasionally even writing reviews to music magazines. As a Czech patriot, he is a great beer fan, and he especially loves products of Czech microbreweries. Zahradil is married, with a daughter and a son, and they have also welcomed a new addition into the family - a dog. He lives in Prague where he was born and raised, but enjoys spending his holidays in Northern Bohemia.